Our culture(s) surrounds as, we move within it as fluently as we speak our native language. We know, what we can expect in everyday situations; we know, what others expect from us; and we know, that they know what we know: We share the same world, culturally spoken. Culture orders our world, supports interpreting it and acting in it. It does so by restricting the possibilities we have, and enabling other possibilities as culturally meaningful. This combination of liberation and restriction may turn us both happy and unhappy, sometimes without us knowing the reason why (see e.g. Watzlawick, also in the text from Brian van der Horst in our Dropbox).
Culture can be seen as a Medium, with our lifes  as concrete, expressive forms in it – a biography (translateable as “Life-writing”) is acted out within it, much like a text can be written and read in a specific language (and can be nonsense or illegible in another).

Our culture(s), our languages, our habits have been shaped over generations by the necessity to communicate. What happens, if more and more parts of our communication depends on technical media? What happens when our media for communication shifts in its paradigmatic setting? How do we live, for what do we live by the concepts and expressions this culture offers us?

Language is one of the most prominent – and probably the most invisible – medium of a culture. 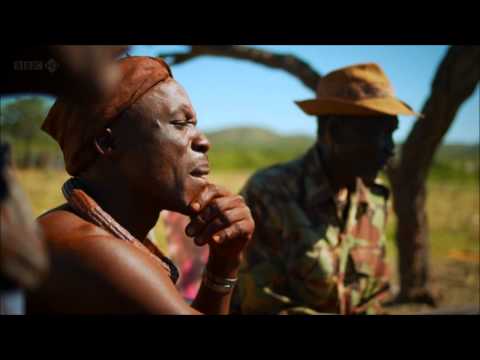 “Something that cannot be explained cannot be seen.”
– Heinz von Foerster (1979), “Cybernetics of Cybernetics”

Below: A Himba trying to figure out the odd color out. Below: The Himba has less problems here.
How about you? Which color is the odd one out?
(Both pictures taken from BoingBoing, screenshots are from the BBC videoclip). You may conclude from this phenomenon that “the absence of a sign is the sign of an absence” – If we are not aware of something, it could mean that we are lacking something to achieve an awareness.

Some texts that deal with the correlation between culture and language:

“Even comparatively simple acts of perception are very much more at the mercy of the social patterns called words than we might suppose. …We see and hear and otherwise experience very largely as we do because the language habits of our community predispose certain choices of interpretation”
– Edward Sapir (1929), “The Status of Linguistics as a Science”

“…no individual is free to describe nature with absolute impartiality but is constrained to certain modes of interpretation even while he thinks himself most free”
– Benjamin Whorf (1940), “Science and Linguistics”

Link to both quotes on the Stanford Encyclopedia of Philosophy

Artists and authors have been fascinated by artificial languages for a long time. Describing an alien culture is one thing, but to describe the culture’s main medium they use to order their world and generate new metaphors is something truely impressive. Examples may be J.R.R. Tolkien’s Elvish or Marc Okrand’s Klingon.

“You have not experienced Shakespeare until you have read him in the original Klingon.”
– Klingon Chancellor Gorkon (1991), “Star Trek VI: The Undiscovered Country”

From the examples above, George Orwell’s artificial language ‘newspeak’ is the one that resembles most an educational intervention, albeit a very dark one. There are real-life examples for conlangs (constructed languages) with a socio-political background.

“The purpose of Newspeak was not only to provide a medium of expression for the world-view and mental habits proper to the devotees of Ingsoc, but to make all other modes of thought impossible. It was intended that when Newspeak had been adopted once and for all and Oldspeak forgotten, a heretical thought — that is, a thought diverging from the principles of Ingsoc — should be literally unthinkable, at least so far as thought is dependent on words.”
– George Orwell (1949), “1984”, Appendix “The Principles of Newspeak”.

Here we,  as artists, designers or educators, have two options: Should we create medial environments to shape the communicative-cognitive spaces of our fellow men into something rich, efficient, enjoyable and/or usable; or should we try to hint on these shaped medial environments, their artificiality and manipulative potential whenever it is possible?

George Orwell, again, about the overall ‘benign’ goal of newspeak:

“Newspeak, indeed, differed from most all other languages in that its vocabulary grew smaller instead of larger every year. Each reduction was a gain, since the smaller the area of choice, the smaller the temptation to take thought.”

The result has been well summed up by Marvin Minsky:

„A thing with just one meaning has scarcely any meaning at all.“
– Marvin Minsky( 1985), “Society of Mind”

Sometimes we want absolute clarity, a reliable understanding and noise-free description of situations. In fact, this expresses the whole idea behind formalised scientific language. To decide between tightly set, formalised and clear languages; or broad ranged, baroque ones – this is an undecidable question.

If we can influence and create bias – see David Sadker’s short text – by omission and accentuating, then what would be the description of what an educator or media designer does? Does the ‘mechanical’ work of a teacher differ from that of a propagandist or advertiser: To inform, influence and inspire their audience, with content deemed culturally right and good?
Is there a way to circumvent this dilemma, or to make the learner aware of it?

Can you imagine or do you know an example for: 1.) a wanted and deliberate restriction of medial expressivity to become common culture; and 2.) for a try to point at the possible dangers of such an endeavor?
Do you know of a positive example?

For german educators looking up “Bildung” (rough translation: Educational Formation, Maturity) and changing to the english Wikipedia entry on “Education”, they are usually baffled by the different description there, because of differing traditions of why and how someone is formed to fit into society and lead a happy and fulfilling life.
There just is no expression for “Bildung” in English.

Invent seven expressions you think that your language is lacking, to describe events, emotions, persons, things etc. you think would enrich your culture (and your personal life) and would make it easier to talk about specific areas.

Example:
“Kreifting [verb], to kreift. Inventing a well-sounding, never before heard or read brand name for an internet startup service, which promises new horizons, a better tomorrow and well-being for all.
Inkreifting is a derogative term for using a competitor’s already established brand and just changing some consonants.” Are you a member of a professional culture? Is the way you work leaking into your everyday habits and understanding of the world? Does a policeman ‘see’ crime different, whether while on the job or outside of it? Does so a mathematician concerning numbers, lines, proportions? A Bricklayer? What metaphors and concepts specific to their jobs shape the way they interact with the world?
The constructivist theory of situated cognition states that learning means the introduction into a culture of knowledge, with its own language, worldview, and specific approaches to solve problems.

If you work, communciate, live every day within and with the web, as do all your friends, colleagues and fellow students, you may be part of a community of practice. Compare yourself to people not as web-savvy as you: Do you handle everyday, non-digital tasks different than them? Are there overlaying principles for your actions, and how do these principles fare when confronted with an analog, undigitised part of the world?

Technical media are based on hardware, today on software, too, which restricts and defines its use and what we can expect of how it is used. This expectation of role and mode of usage of a certain technical medium is also a conceptual, cultural restriction. Cinematography for example was first a kind of cheap telepresence medium for the masses, depicting scenes or locales too expensive or far away for the majority of the audience. The young medium had to struggle against this conceptual restriction to be recognised as an artistic medium in its own rights. We may see something similar today in the technical and conceptual development of digital games.

Maybe you know this video, it has been a kind of meme among media educators, at least here in Germany, and someone mentioning “Helpdesk” usually elicits a smile because of this video. 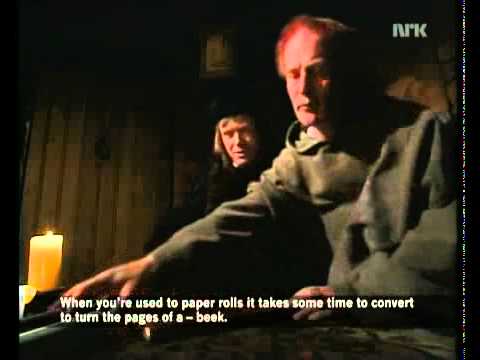 There have always been attempts to break the conceptual confines of a technical medium or its contents:

Social and political factors specific to a time and culture may foster specific reactions to an unexpected change in the use of a medium.
What could take (or has taken) the place of Orson Welles’ “War of the Worlds” broadcast  today – in reshaping the way we perceive a medium or medial format? Can you imagine such a setting? Is this, compared to 1938, possible at all today?

Can you imagine something similar to Bertolt Brecht’s proposal for ‘changing’ the radio into some entirely new medium? Is such an endeavor thinkable in a digital networked medium?

Here is a recent example for a deliberate, minor medial change (Hockey, seen as medium), to adapt a possibility space to cultural expectations. This is a culture-savy right-wing US-american about soccer:

“That’s easy, the problem with draws is they’re counter to what sports (especially in America) are all about. Sports aren’t supposed to be an abstraction of life, sports are a simplification of life, part of what makes sports enjoyable is that when the final whatever (buzzer, gun, whistle, etc) does its thing (buzzes, fires, blows, etc) there is a winner and there is at least one (depending on the sport) loser, someone has been declared better than somebody else (at least on this day and with these rules). There’s something innately unsatisfying in spending 3 hours watching a game and in the end nobody won, we have no declaration of superiority. Hockey had the same problem which is why they finally installed the shootout. Sports need winners and losers, without winners and losers it was all just an exercise in sweaty exuberance.”
– Commentary from the right-wing website FreeRepublic on European Soccer during the World Championships 2006 http://www.freerepublic.com/focus/f-chat/1644221/posts?q=1&&page=51

Can you imagine ways to make the topic of cultural blind spots more approachable, more motivational or even challenging for individuals or whole cultures?