“a space for change”
– Noora

This is a nice phrasing: A ‘space for change’ may either describe a defined space where change can happen according to given rules – e.g. to put up posters on designated, rented urban areas – or to create new spaces with still undefined rules as what can happen there. Any participatory space, especially urban areas, may be seen as part of a social medium with leeway to create such unexpected, still unregulated spaces.

Expectation and categorisation – the maturation and fatigue of a medium

“Improve everywhere uses positive feelings as tactical strategy. I think this works nowadays, in this “entertainment era” better than just informational strategy. Their videos “tickle” the viewers brain, curiosity is gained immediately, and direct answers are not provided.”
– Noora

This will work as long as it is not overused, i.e. the urban space still provides more regulated and expectable events than aesthetic – commercial or subversive – interventions. In media formats that are longer around, there can be observed a kind of trope fatigue. TV-Tropes keeps a collection of tropes and also of overused shticks that has turned into clichés. If every second visit at a train station is accompanied by an impromptu rendition of a national anthem or opera performance, it may loose its disruptive character of anintervention.

“Tropes are devices and conventions that a writer can reasonably rely on as being present in the audience members’ minds and expectations.”
– TV-Tropes (May 12th 2012)

If there are enough events of ImprovEverywhere known to the public, so that there is a categorisation possible, they may have to search for a new space, time or form to turn social borders visible.

“The happening breaks the illusion of how people are supposed to behave in public and how a strange behaviour is not always bad, but can create joy that resonances a new and creates a sense of unity.”
“To me this left a strong feeling of how every individual in community are responsible of the common feeling that exist.”
– Noora

There are different reactions to people who do not behave in public like cultural conformity requires – for example when they start singing aloud. This may be: showing indifference and ignorance; being disturbed or angered, trying to stop or intervene the happening; being frightened, fleeing as fast as possible; being irritated and puzzled; enjoying amazement and wonderment; applauding, joining, participating. And/or trying to be part of the next event.

Of course, if a medium gets recognised (i.e. “this is just another impromptu performance of song in a public space”), an audience may have more experience on how to react to this interruption of daily life.

Becoming a part of everyday life and culture: Good or bad, success or failure for artistic interventions? Or something entirely else?

Referencing Martha Buskirk, “The contingent object in modern art”: What media are ‘safe’ for art, what are potentially ‘dangerous’ or ‘disruptive’ for our everyday life? What media contents can we avoid, which can not be avoided?

Disruption within an established medium

When Marcel Duchamp placed 1917 a urinal in an art exhibition, this created a scandal within the art community, an the question arose if readymades could be declared art at all; and if so, what the true role of the artist was.

Since this time, the museum or art exhibition could be seen as part of an experimental medium, where new forms of artworks could be shown. But the cultural framing of being set inside a museum or an exhibition provided a basic understanding for the visitors, that the items, processes, machines, scenes etc. encountered there should be considered ‘artistic’. The thematic or architectural space became a shelter for new art, that could be entered or left if one would like to be exposed to it.

Disruption by means of an established medium

If I, as a university teacher, declare in the first session that every contribution of every student will be assigned points, and that only the five students with the highest scores will get graded at all, to spur willingness to perform and competition – then there is no expectation that I would say anything other than the truth, or do not use an approved method to teach. There is no way out for the students, other than complain, disapprove or leave the course, with danger of not getting any Credit Points at all. This is an invasion of a safe, known space; not the establishment of a free experimental one.
(See as a (working) example Gaming the Classroom, but note that contemporary culture indeed may have prepared students to expect some twist like that…)

There is an interesting article from Roger Ebert, one of the US leading cinema critics, about a medium which can never be used as an artistic medium: Computer Games.
http://blogs.suntimes.com/ebert/2010/04/video_games_can_never_be_art.html
At the same time there is a wide spread discussion about the disruptive, violence-inducing potential of videogames, and their negative impact on real life.

Important question: Can a medium be both, altering affective-cognitive states of their audience, AND not having the potential of being art?

“The spinning beach ball of death”
This looked interesting, but it was more entertainment than something with a message, or even a direction. Not a bad intervention, but from my point of view could not hold itself against “Gotta share”: 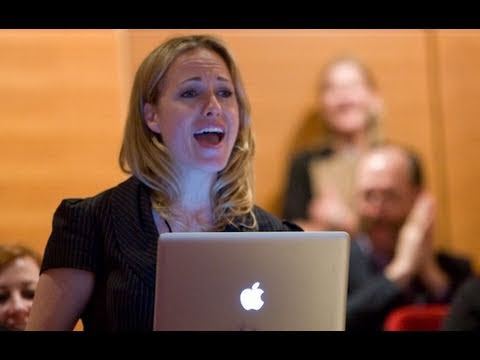 Using places, objects or actions ‘out of context’, i.e. not as expected:
The interpretation is, thankfully, left to the observer. Art that explains itself with one dominant meaning ceases to behave like art and resembles more a lecture – which may be the goal all along.
I’m not sure if the “Beachball” or the “Share!” Intervention has more artistic potential; though I do like the “Share!” better for its clear statement.

To be noticed, to be visible, to be heard….

“Not long ago another blind spot was made visible here in Finland: the leading newspaper had underwater images of supposedly Russian submarines, when a teenage boy noticed it was directly taken from the Titanic movie. (…) The blind spot here being people´s blind belief towards the most credible news organization of always giving the true impression on the world, while actually they don´t have time to check on leeds, so this sort of mistakes are possible and actually normal.”
– Noora

One former project of ePedagogy Design Students was the game “Stop the Press”, to be played in Second Life (created by Gerard Brady, Eva Durall, Joni Leimu, Noora Sopula, Ville Rautajoki (2008)). The player who was the most successfull to launch an invented viral rumor, i.e. whose rumor got the most attention and the farthest spread, was the winner.
What are the rules of todays attention-economic media outlets?
Verisimilitude or legitimacy?
Range and impact, or truth?

“Social media is useful, creating the illusion of “all my friends are now pro-this X factor, therefore they must be right, therefore I´ll go with that flow too, therefore I´m safe and not alone”.”
– Noora

What illusion of community, safety and belonging did we use before the arrival of networked social media? ;)

“But what is also needed is that one needs to feel the learning of how to see something in specific way is useful, in everyday life.”
“If there is no exposition to something that triggers the change and if there is no necessity created to really notice and start making changes by learning, nothing actual can change.”
– Noora

Footnote:
There is still another trend: Designing things so there are no surprises, and challenges just within the scope of the specific individuals experiences:
http://www.geekwire.com/2012/microsoft-idea-deduce-users-mood-smarts-facebook-posts-adjust-search-results/

My name's Wey-Han Tan, I graduated 2007 as Diplompädagoge (educational scientist) in Hamburg, and 2009 as M.A. in ePedagogy Design. Currently I work at the project "Universitätskolleg" as scientific assistant at the Faculty for Educational Sciences, Psychology and Human Movement at the University of Hamburg. My research interests are game based learning, second order gaming, media theory and (radical) constructivist approaches. I like pen-and-paper-roleplaying, especially in contemporary horror settings like "KULT" or "Call of Cthulhu".
View all posts by Wey →
This entry was posted in artistic intervention, culture. Bookmark the permalink.